Community ownership of key amenities and infrastructure is vital for many developments – both new and well-established. It provides residents with the opportunity to mold their communities, to create places they are proud to call home and prioritise what matters to them and the environments they live in. That’s why an ex-MOD estate in Catterick, North Yorkshire, adopted a Residents Management Company model for their development back in 2003.

Appointed by Annington Homes as the chosen Managing Agents in 2011, Preim helped to establish and administer the community’s new Residents Management Company (RMC). The RMC was established with elected residents as directors and an agreement that all residents on the estate pay an annual service charge, the collective sum of which would be spent according to residents’ wishes. Key amenities, including green spaces, would also have their ownership transferred to the RMC – allowing residents to dictate how they are managed going forward.

Fast-forward to 2018 and Preim was delighted to be instructed by the directors of the RMC to arrange the resurfacing of roads that had become an eye-sore and inconvenience for residents.

The RMC had been building up service charges in a reserve fund since the company’s inception – anticipating that the work would be required.

To deliver on this community vision, Preim, in conjunction with the surveyor appointed to oversee the works, compiled a comprehensive specification and undertook a full tender process. This crucial part of the process ensured we were able to provide the RMC’s directors with a recommended way forward at a competitive price, whilst still achieving the desired outcome.

Following a tender and cash flow analysis, and recommendations from the Preim Customer Account Manager, it was agreed that the full resurfacing of all estate roads would be split over a two-year period. This solution would ease the financial burden on the RMC of the works, whilst still ensuring the condition and subsequent usability and safety of the roads was appropriately prioritised.

Several site meetings were undertaken before, during and after the works involving representatives of the RMC, Preim, the selected contractor and surveyor. All were included to ensure that the standard of the works was high and that the estate’s residents were fully satisfied.

Preim was required to effectively communicate with the residents on the estate before and during the works – relaying the importance of the works and making sure there were no vehicles parked on the roads, which would cause delays and potentially increase the cost of the works.

Due to the success of the first phase of the works, the client took the decision to undertake the second phase of the works early. This phase has now also been completed successfully and to the RMC’s fullest satisfaction. 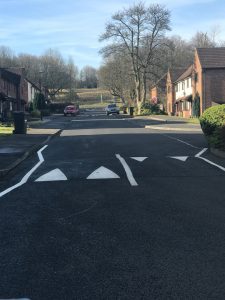 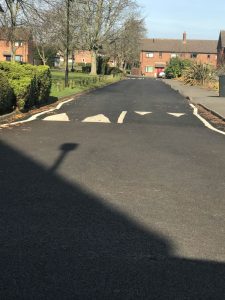 Experience in delivering a community-driven initiative

The completion of this project was certainly down to the community’s determination to deliver on something that mattered to its residents – the RMC model meant this was all able to happen. Add in Preim’s experience administering and supporting RMC’s, along with advising on the financial considerations of such projects, managing third-party contractors and engaging the community to help fulfill the vision, and this North Yorkshire community was able to achieve its goals and to the high-standard desired by all.

Discover more about the work we do with communities – from ex-MOD estates to garden villages throughout the UK.