Preim are one of the UK's leading estates management company

Giving people control over their environment

You are here: Home » Developers » The importance of placemaking

The importance of placemaking

The theory of building communities around places to live isn’t a new concept. However, placemaking, in the context of a true community development process, has increased rapidly in popularity over the past decade and Preim is at the forefront of this.

Placemaking is a multi-pronged approach to the planning, urban design and management of public spaces. It maximises a local community’s assets, inspiration, and potential, with the intention of creating public spaces that promote people’s health, happiness, and well being. In essence, transforming places to live. 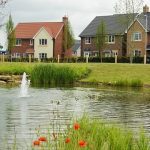 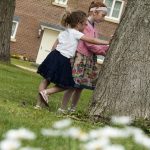 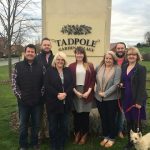 The concepts behind placemaking date back to the 1960s, primarily in the US, when conversations first revolved around designing cities that catered to people, not just cars and shopping centres. Talk was of lively neighbourhoods and inviting public spaces.

A decade later, landscape architects and planners used the term to describe the process of creating squares, plazas, parks, streets and waterfronts, attracting people primarily because they are pleasurable or interesting. This was based upon a school of thought that said ‘while we are good at putting up buildings…we are bad at making places.’*

Some 25 years later, and placemaking strategies are finally becoming recognised and accepted approaches for building communities of the future and creating a legacy for generations to come.

In our opinion, it represents a responsible and holistic approach to new housing projects. It brings a multitude of potential benefits to developers, residents, and the wider community – both in terms of people and the environment itself – for today and the years ahead.

The benefits of placemaking

Creating a new community is much more than bricks and mortar. Establishing green spaces represents more than a few acres of green field. A new development with a sustainable legacy provides a real opportunity for developers to be placemakers. And this is where Preim can help.

We work in partnership with responsible developers – house building companies that don’t pay lip service to community assets, legacy buildings and nurturing community links – they actually deliver on it, with our support.

Preim has real experience of placemaking projects and delivering a legacy through a number of collaborations already under way including a number of garden village schemes with Crest Nicholson. This partnership is making a positive contribution with one particular scheme already singled out for a national award because of its ‘visionary’ approach.