You are here: Home » News » Play park is an absolute treasure for Monksmoor Park

Play park is an absolute treasure for Monksmoor Park

The play park forms part of an £11million investment from Crest Nicholson in the Daventry community and a comprehensive ‘community benefits package’ that aims to bring services and amenities that benefit the whole community – making Monksmoor Park a place where people really want to live.

The opening of the new play park

On Sunday 7 May, over 75 Monksmoor Park residents gathered to attend the official opening ceremony of the play park – and to enjoy a host of fun activities for the family.

In cutting the ribbon, Chris Cox, project manager at Monksmoor Park, was accompanied by Monksmoor Park resident Jack, who has proudly been named Honourary Ambassador for the development.

Contractors at Monksmoor Park gave Jack the title after he was spotted copying the site works with his toy diggers. Jack had loved watching all the new homes being built around him and he certainly looked the part on the day, wearing a hard hat and proudly helping Chris.

Following the ribbon cutting, children were quick to test out the play park and participate in a treasure hunt to discover hidden chocolate coins and gingerbread men dotted around the park.

Opening the play park, Chris Cox said: “It has been fantastic to welcome so many of our residents here to officially open the play park. I can remember playing in a park near to my home when I was young, which I remember fondly. I am really looking forward to you all enjoying this park just as much as I enjoyed mine. We have worked closely with Preim to ensure that the play park will be a central part of the Monksmoor Park community for many years to come.”

The event also marked an opportunity to name the play park. Kerri Grice, sales advisor at Crest Nicholson, was asked to draw a name from a box of suggestions made by residents. ‘Daisy View Park’ was the wining draw!

Preim’s role in the event

Preim are the managing agents for Monksmoor Park and support in placemaking and community engagement at the development.

Andrew New, director at Preim, elaborates: “It’s great to see the strong sense of community emerging at Monksmoor Park, and the early public infrastructure delivered by Crest Nicholson has been a huge impetus behind this.

“Facilities like this play park are crucial to creating places people really want to put down roots. The popularity of the play park, alongside Crest Nicholson’s additional community facilities, showcases the importance of placemaking within the development.”

Community events really help to foster a sense of neighbourliness and pride in a development – something that really makes the likes of Monksmoor Park and Tadpole Garden Village stand out.

You can find out more about Monksmoor Park here or discover more about how Preim create communities here. 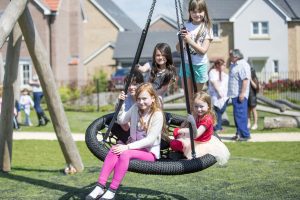 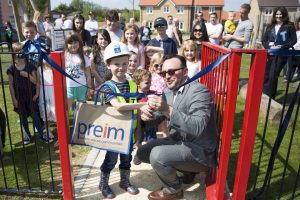 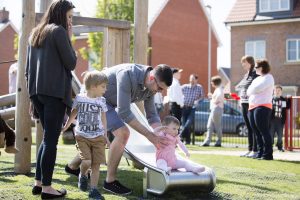 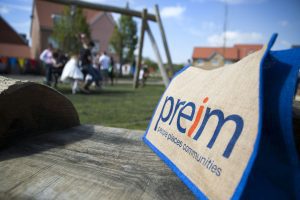 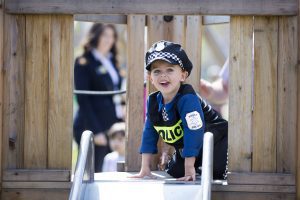 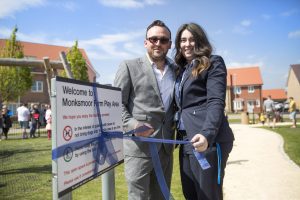