You are here: Home » Our Stories » A blossoming community project for St Eval Park

Empowered residents, a beautiful new green space and a community project that has blossomed over the last few months are all fantastic highlights of the St Eval land project.

With encouragement and support from the Preim team, namely our customer account manager Guiseppe Bernadis, the St Eval community’s steering committee has recently embarked upon a project to nurture and create a new green space for all to enjoy.

Champions of the project are three St Eval Park residents passionate about transforming a space to the north east of the development that was unkempt and littered into, in their own words, a “beautiful, educational and environmental space for the whole community to enjoy.”

In 2018, the space became part of St Eval Park in Cornwall, to be owned by the Trevikser St Eval community interest company (CIC). As a result residents, as shareholders in the CIC, became in a position to transform the space to be of “interest and benefit to the community, environment, producing education and enhancing community spirit.”

On the recommendation of the CIC, the residents formed a sub-committee dedicated to the project. They had a simple, yet ambitious, vision of creating a green space, covered in wildflowers and including:

The residents also pulled together ideas for the future of the space – from a communal kitchen garden to a skate track – showing the potential not just for now but in years to come.

Facilitating the project through a CIC and experience

Preim were in an ideal position to support the community as they embarked on the project – having helped support and champion many community projects previously. Using Preim’s guidance and advice the sub-committee embarked upon the process of setting up a dedicated CIC bank account as a way to fund the project – a small but crucial step if they are to secure charitable funding to support the project to its completion.

Following a consultation with St Eval residents and nearby villages, which elicited an overwhelmingly positive response, the sub-committee continued their research to establish exactly the best approach, engaging local experts to guide their plans.

A milestone moment for the St Eval land project was the gathering of approximately 30 residents (despite the cold weather!) to litter-pick the area, ready for ploughing, after which the land would be ready for sowing.

Working with Preim it was agreed that the community’s service charge fees would be used to fund the landscaping of the area, to ensure the project was underway in time for spring – and with the project’s Facebook page recently showing photos of scarecrows and trimmed hedges, it certainly looks like the plans are well underway.

Thanks to the community being empowered to drive this project forward, the residents’ ambitions are now becoming a reality.

The project is the perfect example of community placemaking – residents moulding and transforming their community into a place they are proud to call home. For Preim, it has been a pleasure to see the project unfold and one we look forward to continue supporting.

If you would like to show your support for the project, simply visit the St Eval Community Land Project Facebook page here. 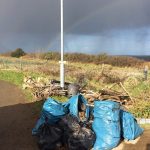 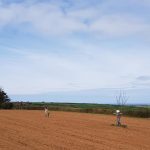 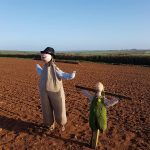 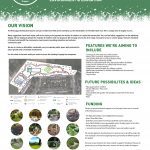